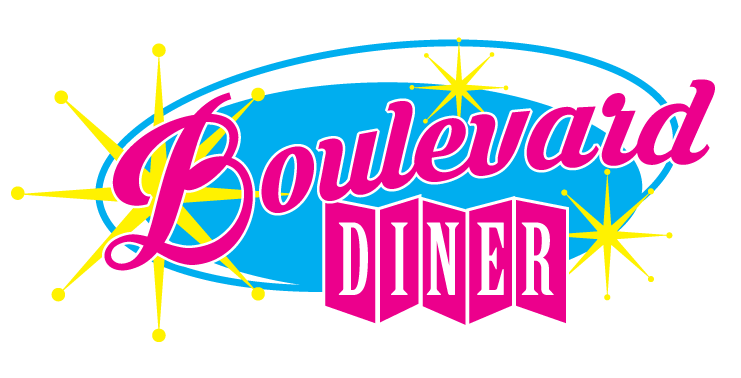 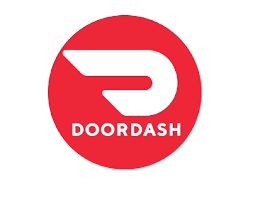 "We offer delivery through the Doordsh app!"

The Boulevard Diner on Merritt Boulevard in Dundalk has become a local landmark. Built in 2001 from the ground up, they have continued to create a hospitable atmosphere while keeping service, cleanliness, and food quality consistently great. Stop in for breakfast, lunch, or dinner any time between 8 am. and 10 pm. seven days a week.

The decor, including the judicious use of stainless steel and neon reminds one of a time when life was a little less complicated. Service and quality are a priority at the Boulevard Diner. Boulevard Diner inspired the author Bob Staab to begin his book Growing Up in Dundalk by peering through the window while eating a Greek omelette and reminiscing about the past. What distinguishes Boulevard Diner from other restaurants is that breakfast is available anytime, portions are huge, and the menu offers an array of choices from Eggs Benedict to gourmet specials from around the world and right here at home. 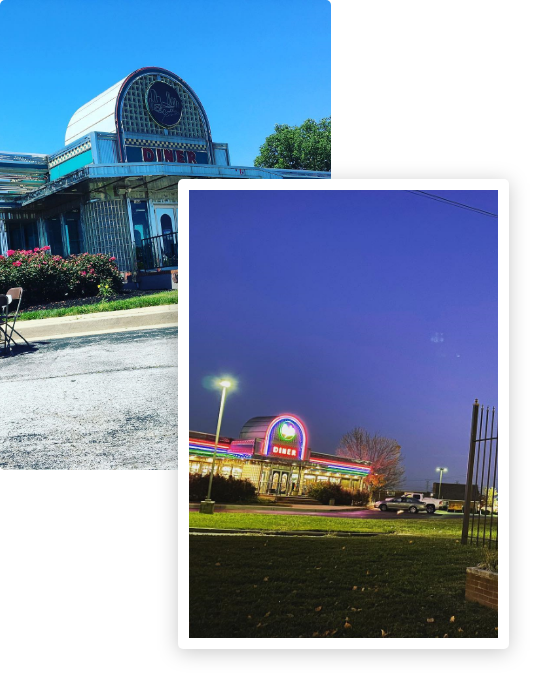 The Boulevard Diner at the corner of Merritt Boulevard and Holabird Avenue is a family-owned diner characterized by its casual atmosphere and great food: Built in 2001 it replaced one of Dundalk’s most famous landmarks-The House of Neptune. Large portions of quality food, including crab cakes, the Neptune Sub, fresh fried seafood, and James Chilis’ famous recipes, have become the standard that our customers expect on their visits.

On Jan. 30, the Merritt Boulevard-based Boulevard Diner was featured on an episode of the hit Food Network television show “Diners, Drive-Ins, and Dives.”

During the episode, MarcTsakaris, general manager of his family’s Boulevard Diner and Fieri made a number of dishes, including the Diner’s well-known sour beef and dumplings as well as stuffed grapeleaves, created from a family recipe. 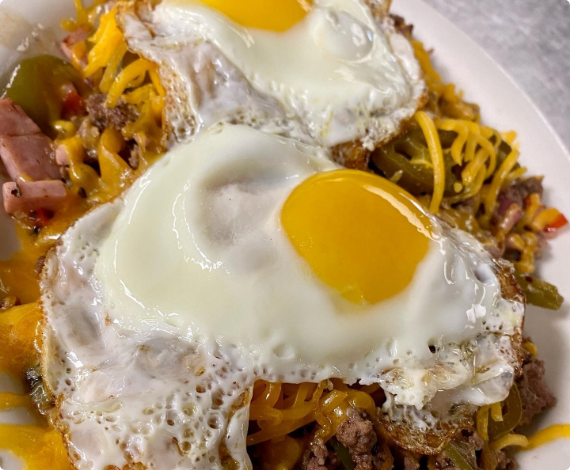